check out more info in the link :)

thoughts on bubbles and planets

Bubbles are everywhere if we choose to find them. A drip of water falls and for a moment it is a planet of h20, caught in the pull of gravity, colliding into a larger mass, trapping air which bubbles to the surface. OR you could argue it is a bubble of water pulled to the surface which in collision separates the air from its larger mass, making an equally planetary object, however fleeting.
Posted by Unknown at 20:00 No comments:

There are some mornings - I am sure everybody has experienced this - where as soon as you wake up you feel like you have wasted your time.

Its just a feeling.

Only inside my brain. Its not a reaction to any event as yesterday I was completely happy with where I am strolling in life. But the anxiety bubbles away as I dream and reminds me that I could have chosen to not follow my ambition, I could have made a safe and secure life, I could live without being an artist.

It's an anxiety I get whenever there is some momentous change building up in the future, whenever there is choice I find anxiety about the options. Choice itself is an interesting topic to research, how do people balance their options? what determines 'better / equal / or lesser'?

Where does the anxiety come from - is it essentially a fear of running out of time? of death? would I be anxious if dying was something I avoided ruminating? Is it anxiety because of the time we live in where technology is the dominant shift in industry interest - and not our obvious climate shift?

Todays anxiety could be explained by my personal long drought of paid work, my hormonal tidal wave that finally crashed period blood, the fact that I am about to dedicate 2 or more years of my life to self guided study in Masters by Research, or the fact that my latest work is a large rainbow ceramic tombstone for myself.

These things would make any one person anxious, I can see this from a "normal" perspective. But to tell you the truth, in isolation and when I ignore the greater environmental context of the planet and our finite value alive- Life is good.  I was elated yesterday when I found the tombstone beautifully completed in the firing, I was ecstatic when I discovered I was accepted in to study more, and it was relief to see that my hormones can be kicked into gear with the right medication. All together, these good things percolate into a my dream state and combine with the greater anxieties of being alive  now, forming a direction that lead to a kind of surreal doom of poverty and inability to help myself or others.

I am sure with climate change concerns and economic employment crisis touted as going to get worse for my particular generation, many people are anxious. Kurt Vonnegut calls these concerns as products from "Big Brains" who, to paraphrase, make their own contexts to make their own problems.
Ads push us to buy more, god-like celebrities make us hungry for more, as soon as we get these material things they are probably not so valuable, Political leaders don't represent our interests, information is so manipulated it may as well be fairytale, the important facts are secrets, our foods are damaging ourselves because we are aggressively cheap, its decadence in some areas, stingy in others - a misalignment of values, or is it misinformation? how did we get so extremely poor and wealthy? intelligent and ignorant? specialised and vague? simultaneously? what matters now? how do we know? aren't we swimming in our own faults!

I am sure that the frustration of watching people with power/ jobs / businesses continuing to ignore the essential ingredients to life is hugely frustrating. Its a kind of pointless intellect if you can see a problem but have no way to communicate it.  Sometimes I thank everything I have art. 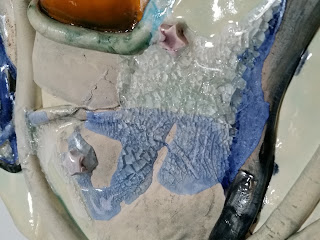 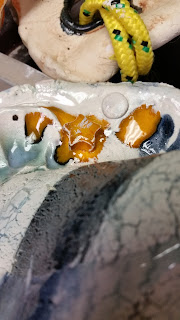 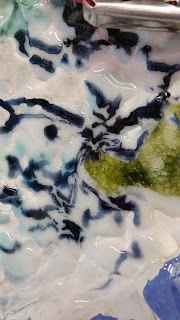 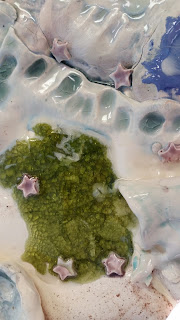 I will have to remember that its a choice to perceive size as big or small. Probably more accurate is to refer to complicated or simple. easy and hard to do are the same things from different perspectives.  big or small is just about what you have experienced before and relating it.
small time / big time. its really just time.

so many things are just time, not skill, not even effort, just how much time you are willing to devote to one activity... the longer -- invariably the better you will be at that thing.

the notion of talent is misleading.  the idea of great talent as compared to average talent.... indicates time spent more than mystically inherited skill.

so ill spend my time. just spend it. The only real currency of value we all own.

photo:
Blue Mtns lookout,  inscribed "do what thou wilt" in the eroding stone. 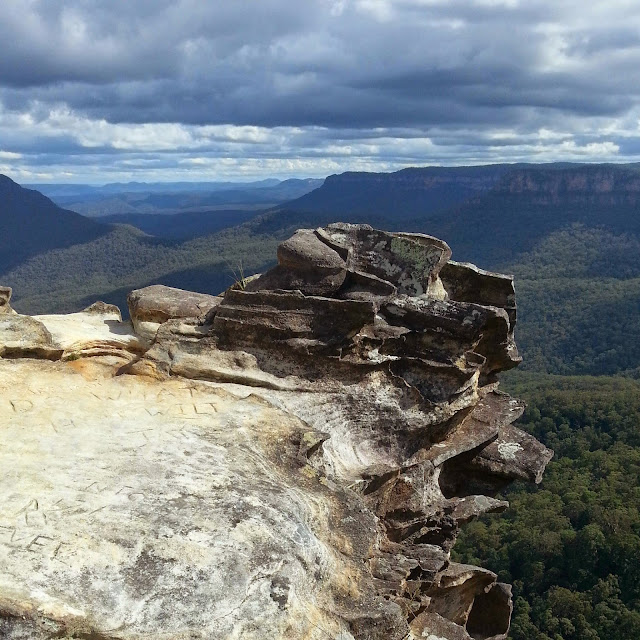 YOU may have noticed a couple hundred photos hashtagged with #puddleproject, it is all for this exhibition in Articulate Project Space, Leichart, SYD.
Feral is a progressive exhibition I shared in, find out more here;
http://articulate497.blogspot.com.au/

This work is an exploration in fluidity. A manifestation of the scientific premise that all matter is in a process of motion; "flux".

Have you ever read Alex Garland's book 'The Beach'?, it is one of the many holiday classics to peruse, one which caught my attention many year ago (no, not because Leonardo Di Caprio was so young and gorgeous in the film version). There is a small section that I found interesting referring to the infinite possibilities that the universe holds. If the universe is infinitely expanding, there is infinite possibilities that there are worlds just like ours, infinite opportunities for a world that is practically paralell to ours.

This isnt the first time such an idea was published, and it wont be the last, but the idea is a curious thought experiment. Paralell. Like a mirror, possibly just reflecting, or possibly a window into that other world. Maybe a bit more organic than a mirror, more like a puddle. A reflection in a surface caught between two substances (i.e water and air, or metal and glass). It is the subsance between the two - the dividing surface that caught my minds attention.

In my mind, that surface between substances was just lick the reflective substance to a mirror, or the field of a doorway between two rooms  - penetratable but separate. 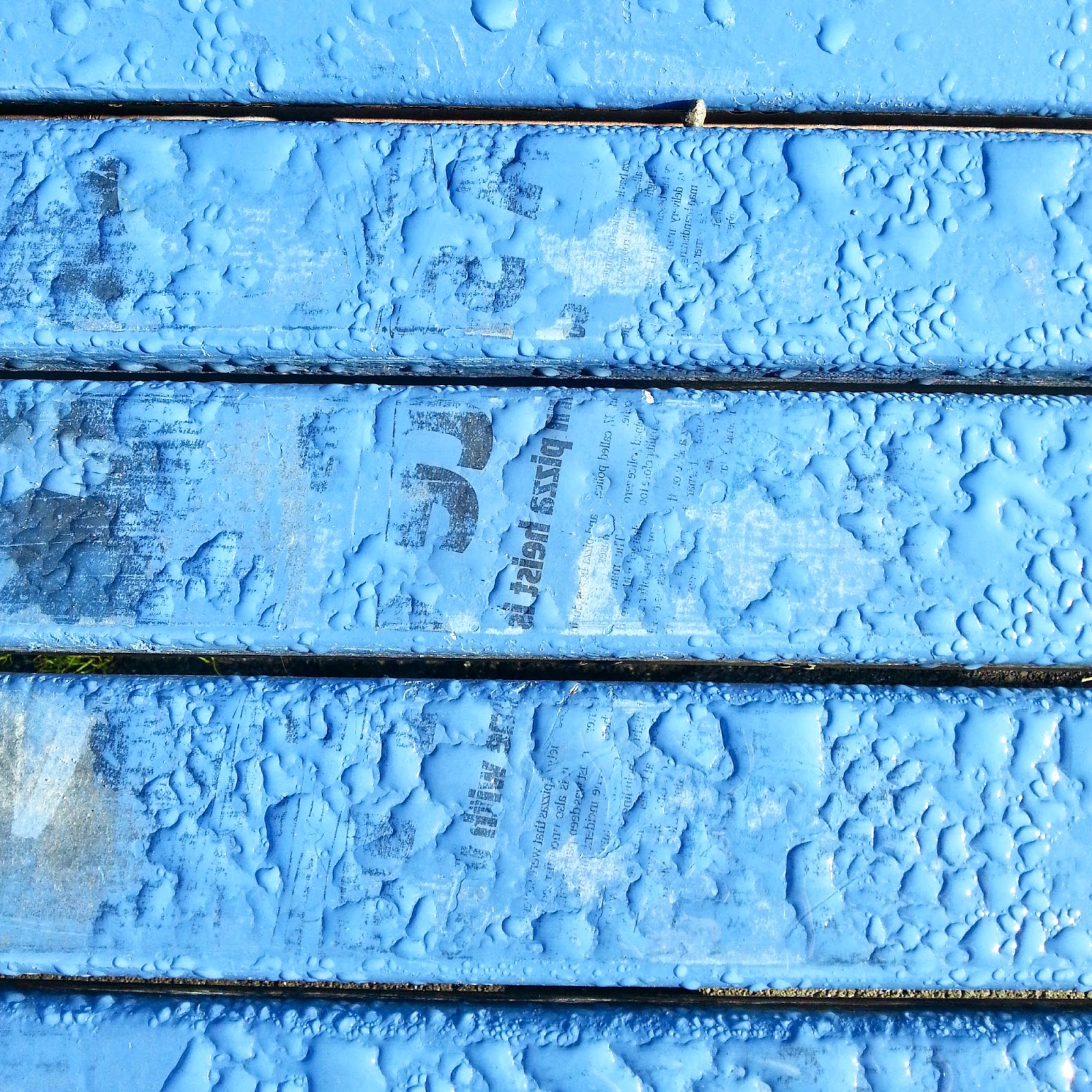 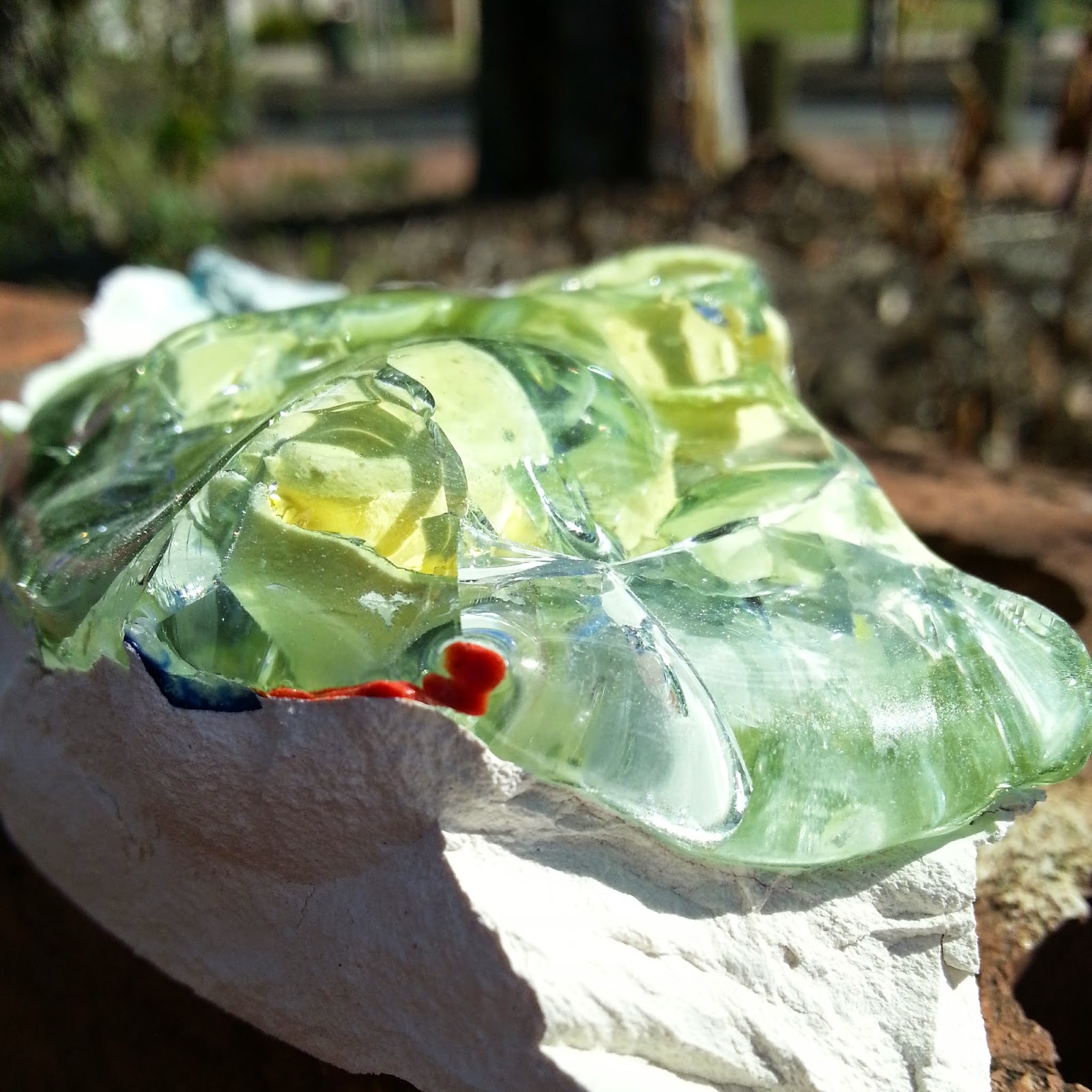 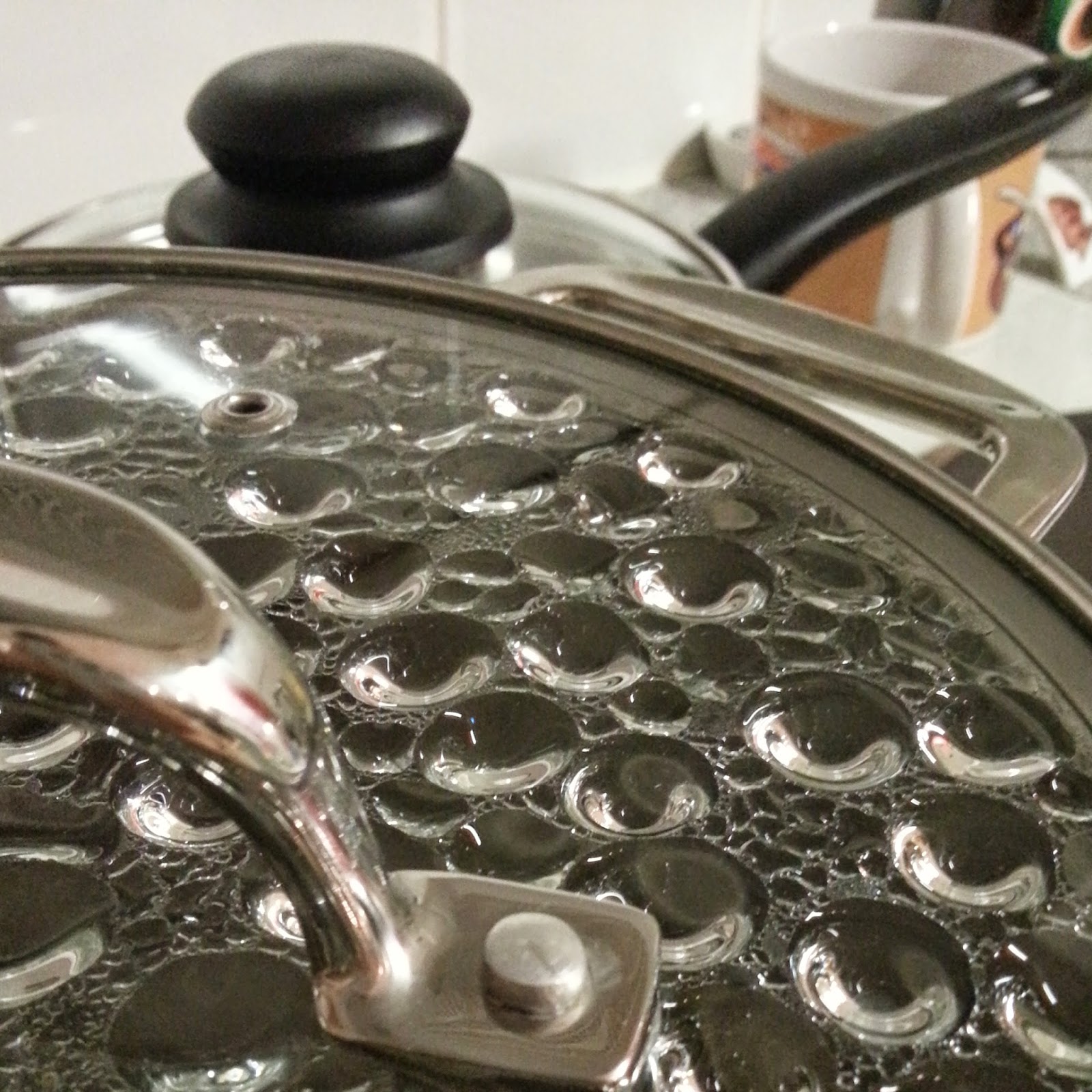 And so I began a huge experiment series that was to explore this area between things. It wasnt about space, but about the way the light acts on the surface between. Warping, like the photo above.

Both organic spherical entities rushing to reach their equilibrium, and only visible because of the augmented speed and direction of light reflecting from them.

The video in itself isn't much, but as a beginning, it is great.


I want to capture or represent this complicated idea that many invisible things a fluctuating around us - which are only visible by the light reflecting differently. (Light is so essentially linked to time, and so in order to simply this idea, I will refer to time, rather than light - even though we need one to have the other. )

The patterns in the light reflected by the water make a lace structure of strong ans weak refractions as the waves undulate ; 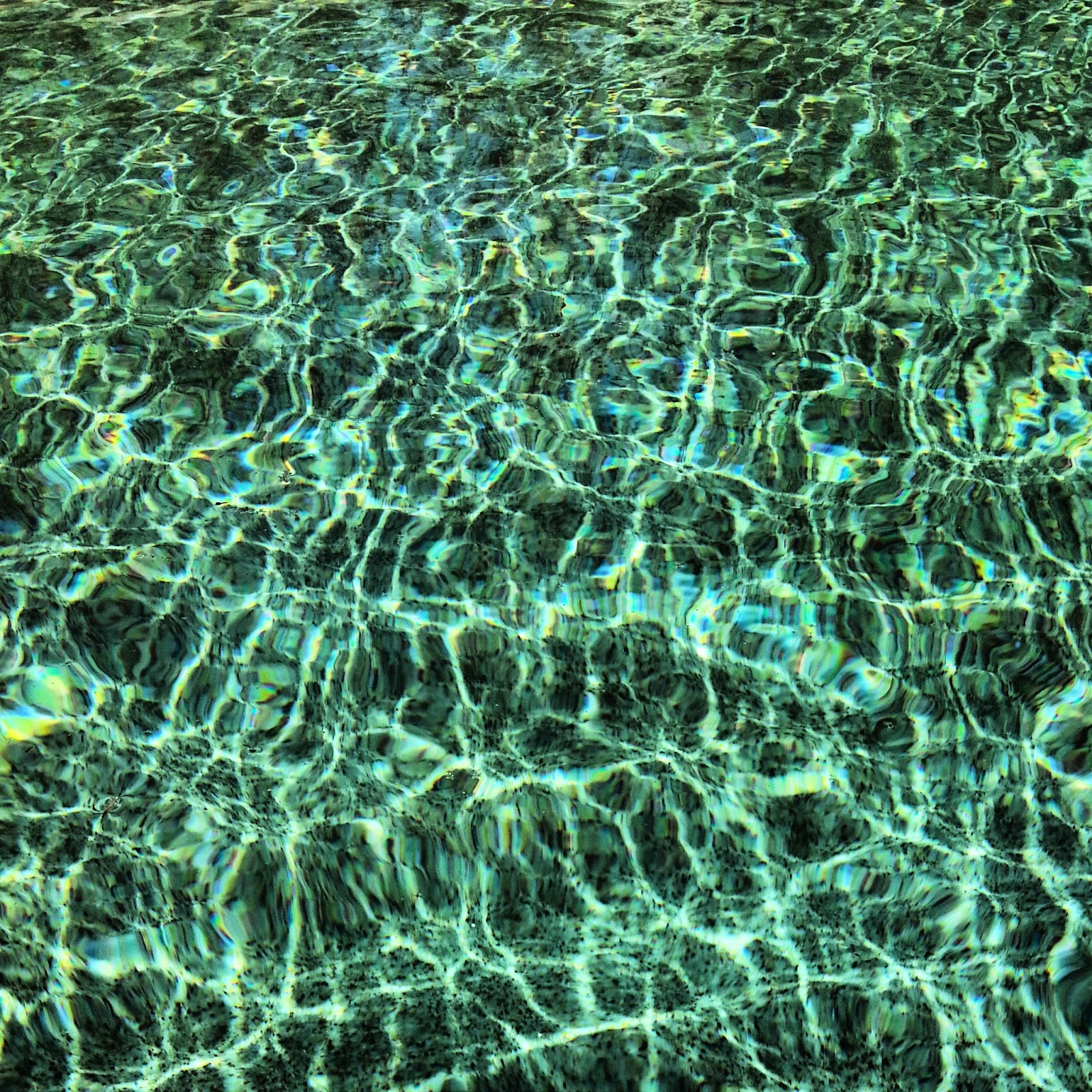 And so - I endeavoured to make warped, waved mirrors, to try to capture this feeling. Many methods and materials were explored -  like Resin layers, Gladwrap portals, and loads of hot glue. 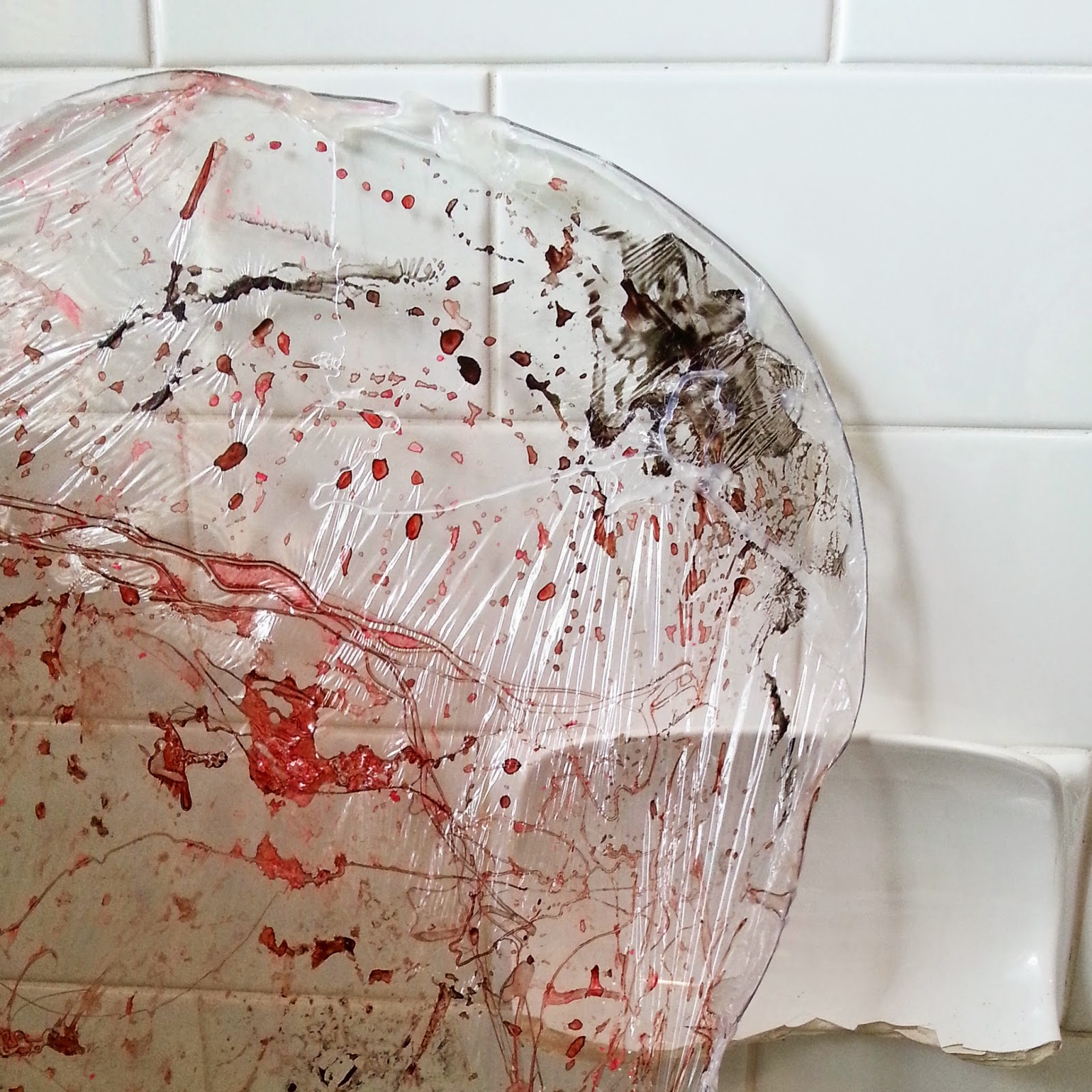 There are plenty ways of making the rift between things change the light- one of the ways I look forward to making my own is finding a nice slab of glass to smash, but it will have to wait, in time :P 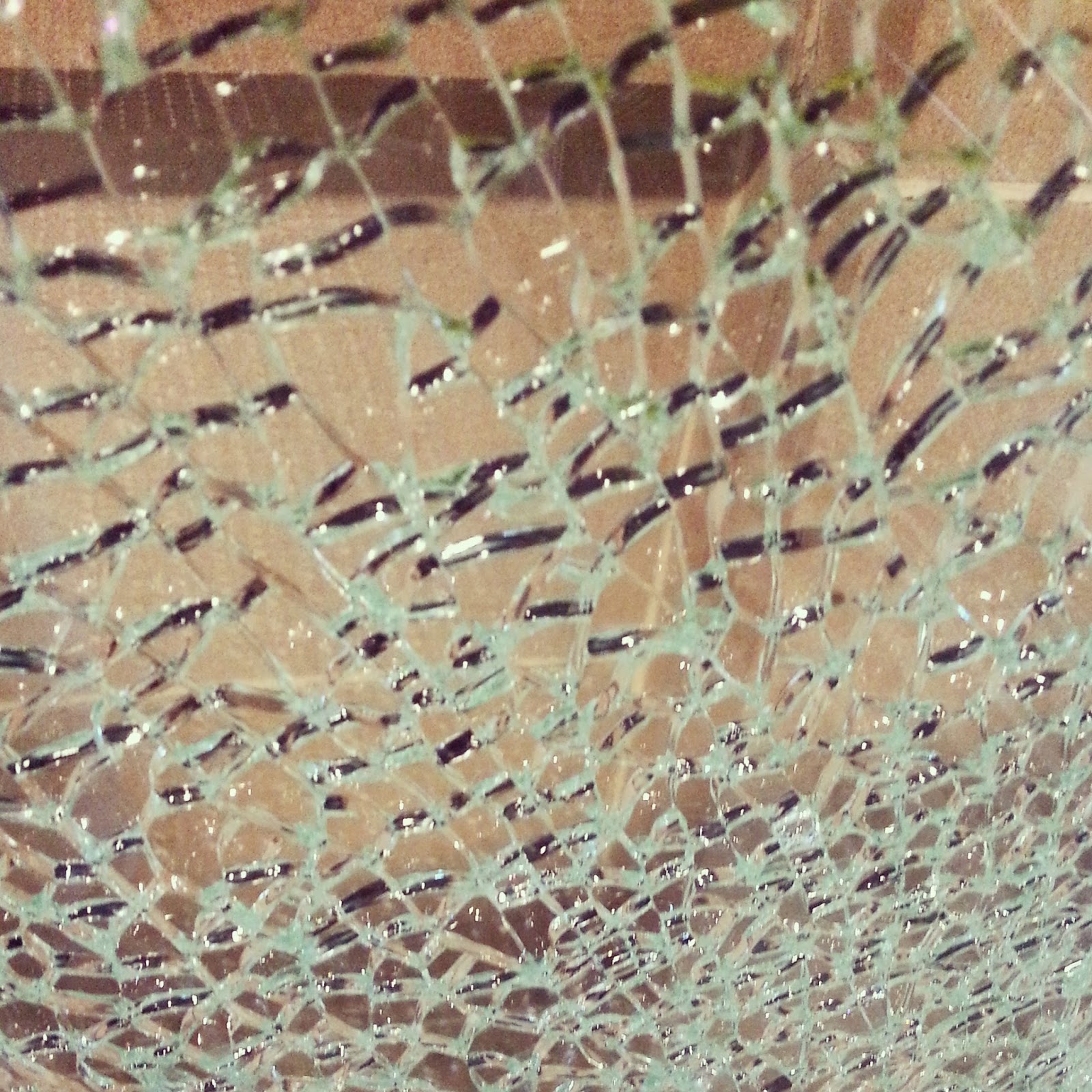 And just in time for the exhibition - Perspex was abused to make an undulating surface. Fabulous with a reflective paint underneath. I am still searching for the depth and drama that water surfaces can warp with, but many steps in the right direction were made for this exhibition.

Here are some observed examples of the surface interrupted/light redirections that I am hunting, with  imgs of some linked experiment art pieces of a reproduction of this effect; 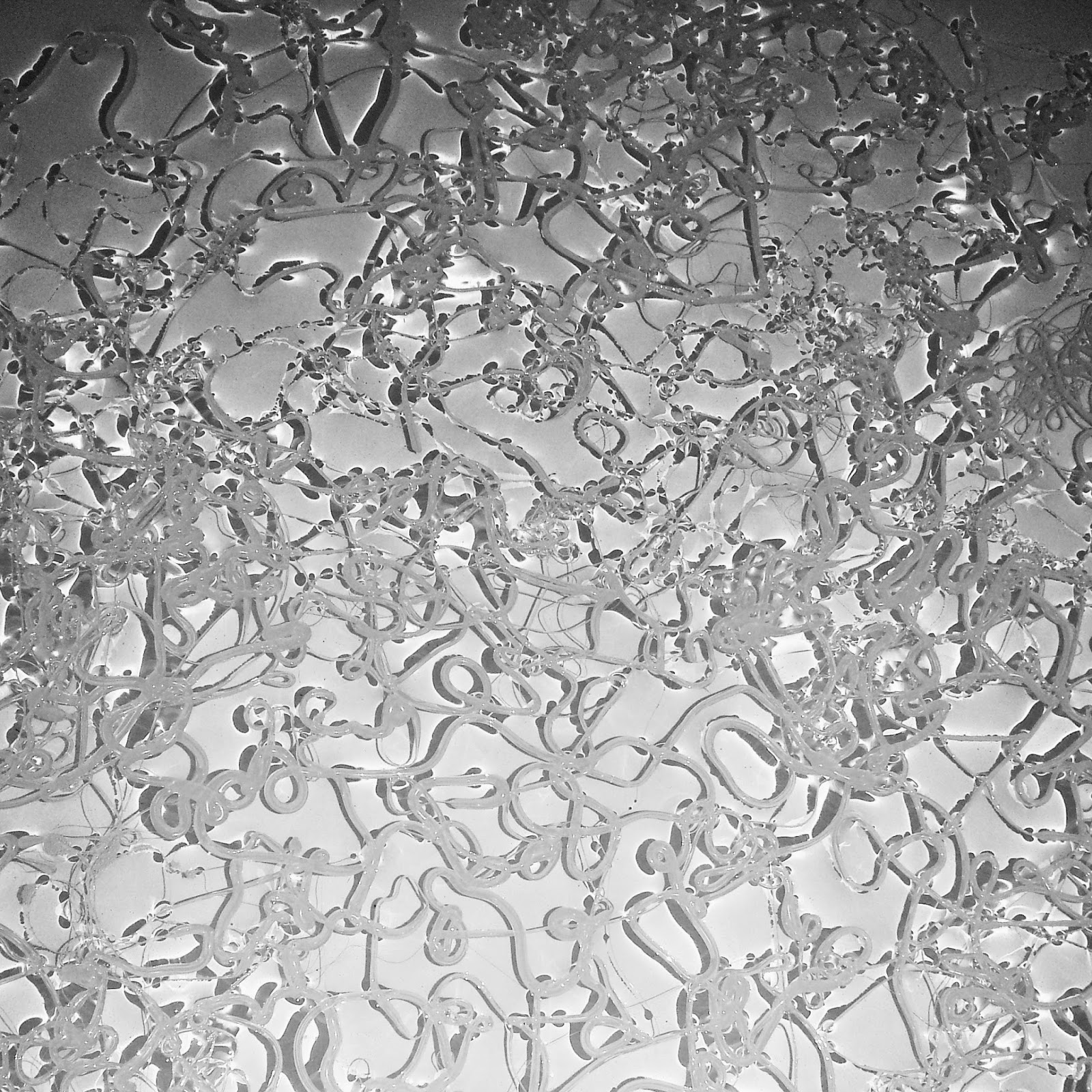 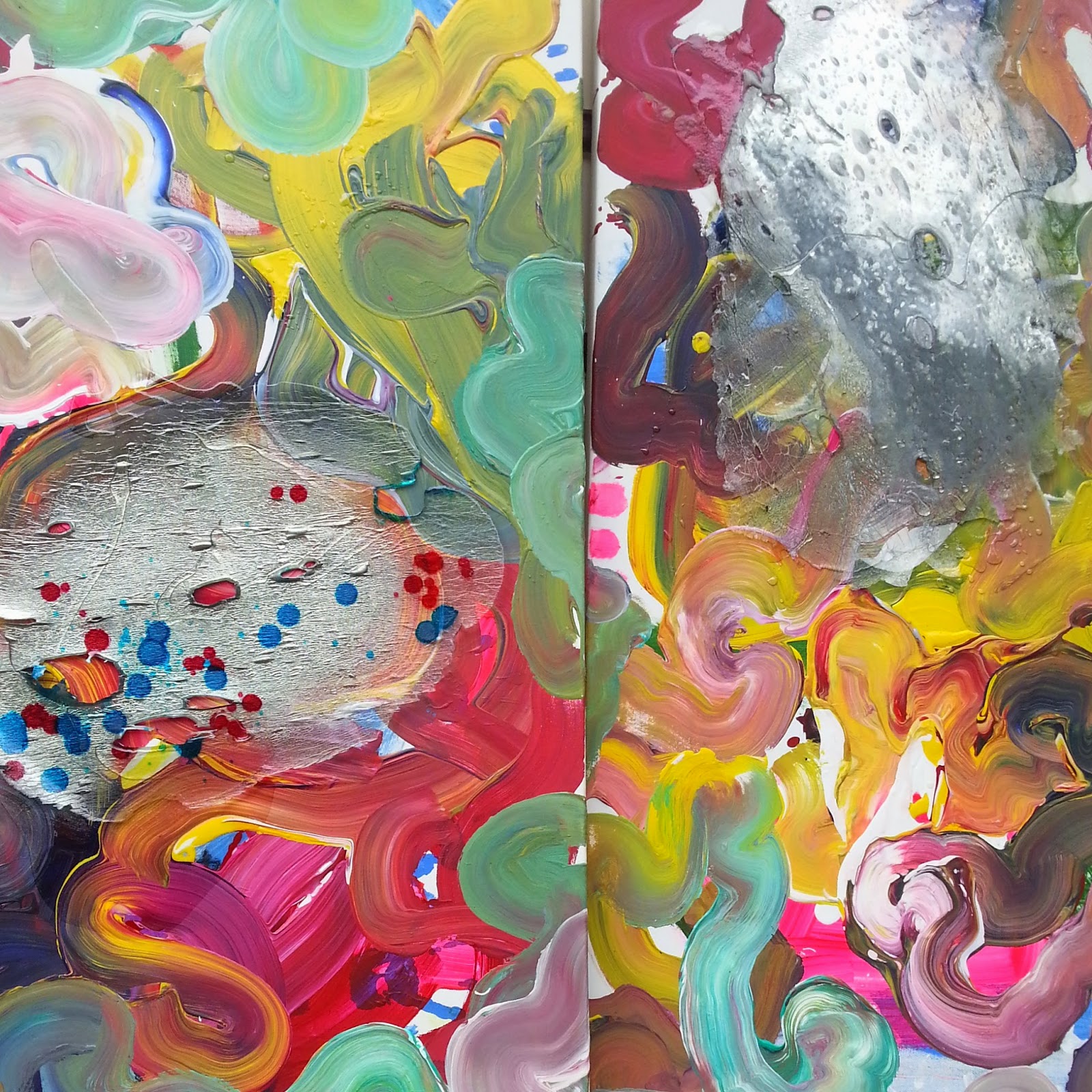 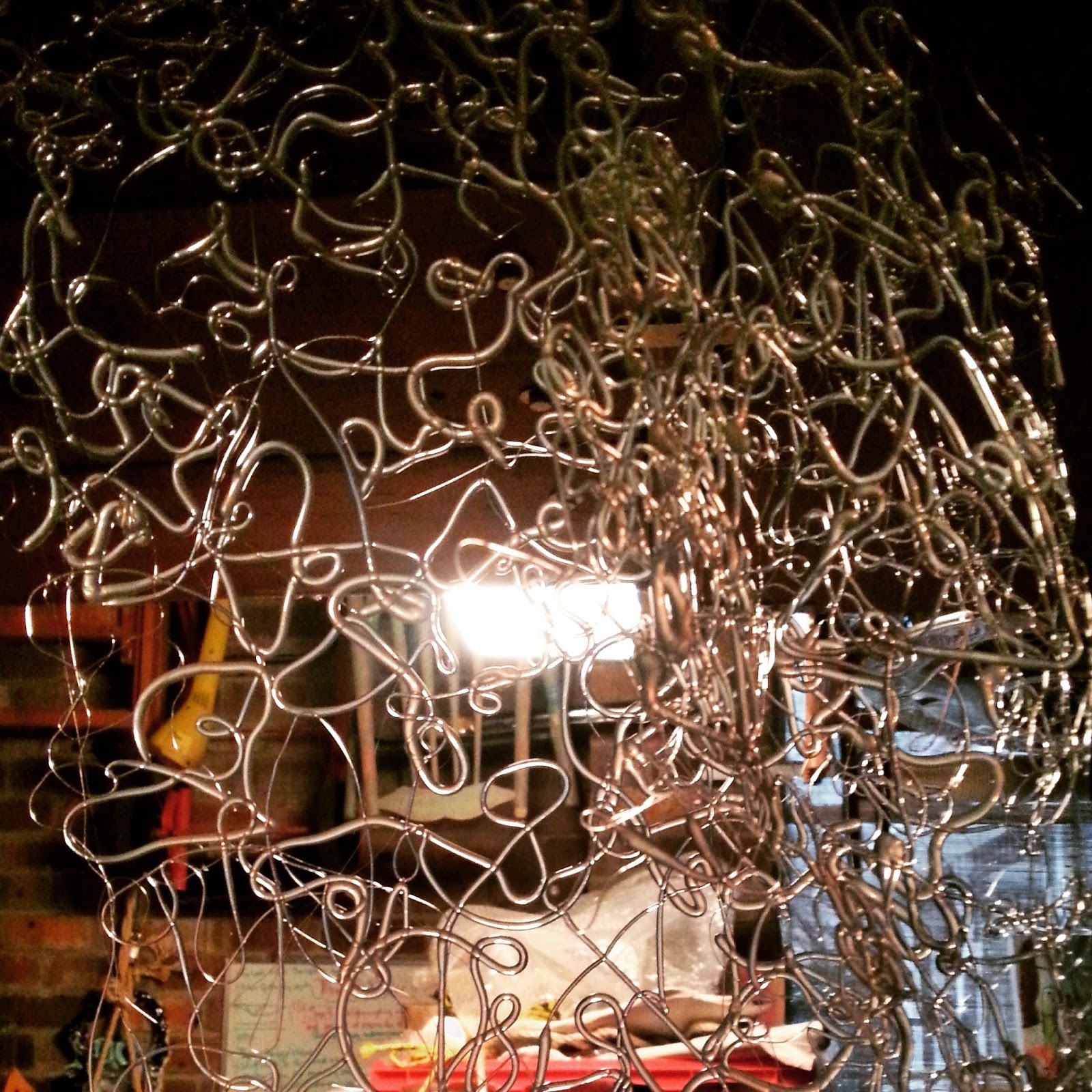 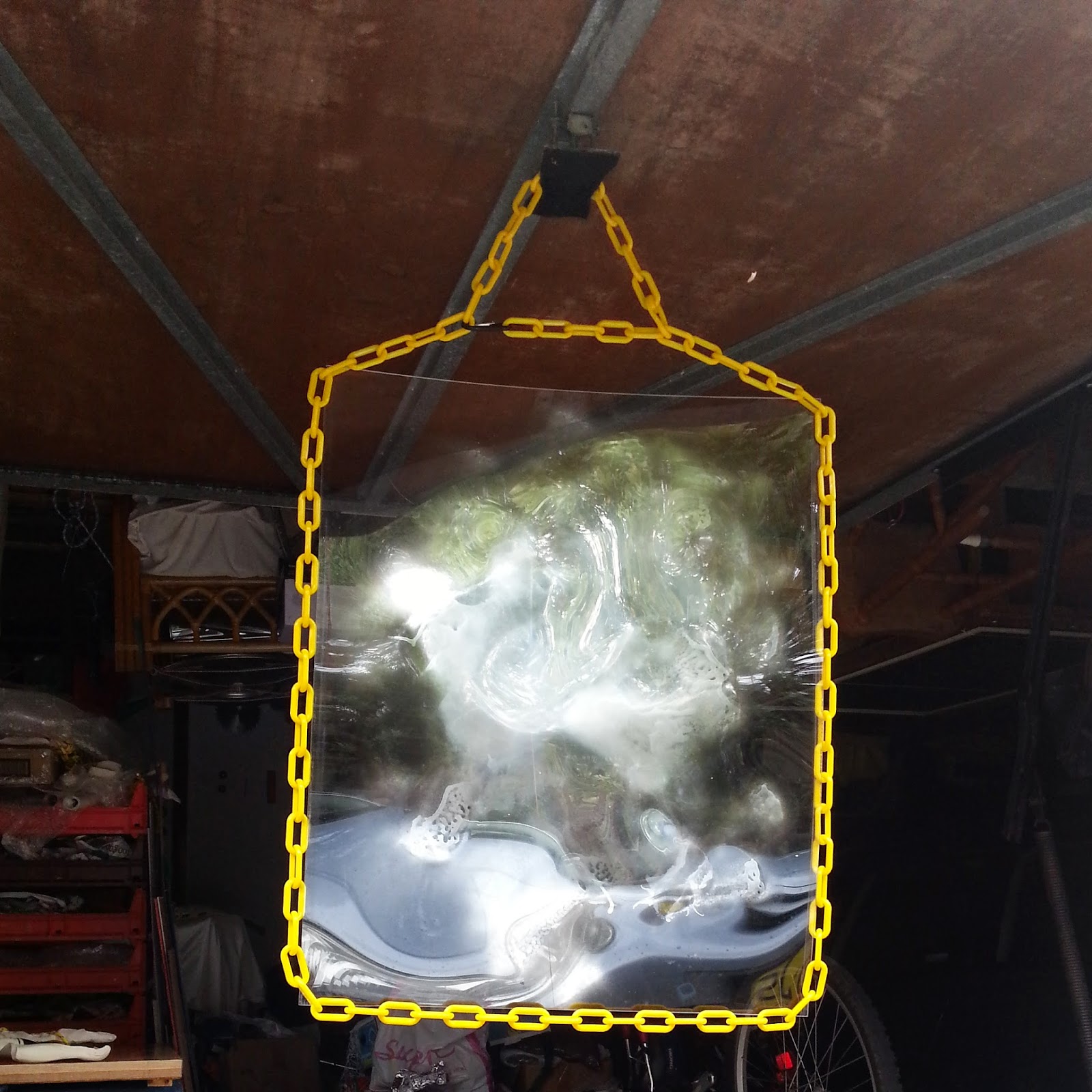 A comparison against flexible stone of Clay and glaze was made - to really make a link between the two transformed, gooey solid liquids.

Below is a series of images from the final installation at Articulate Projectspace, 497 Parramatta Rd, Leichart 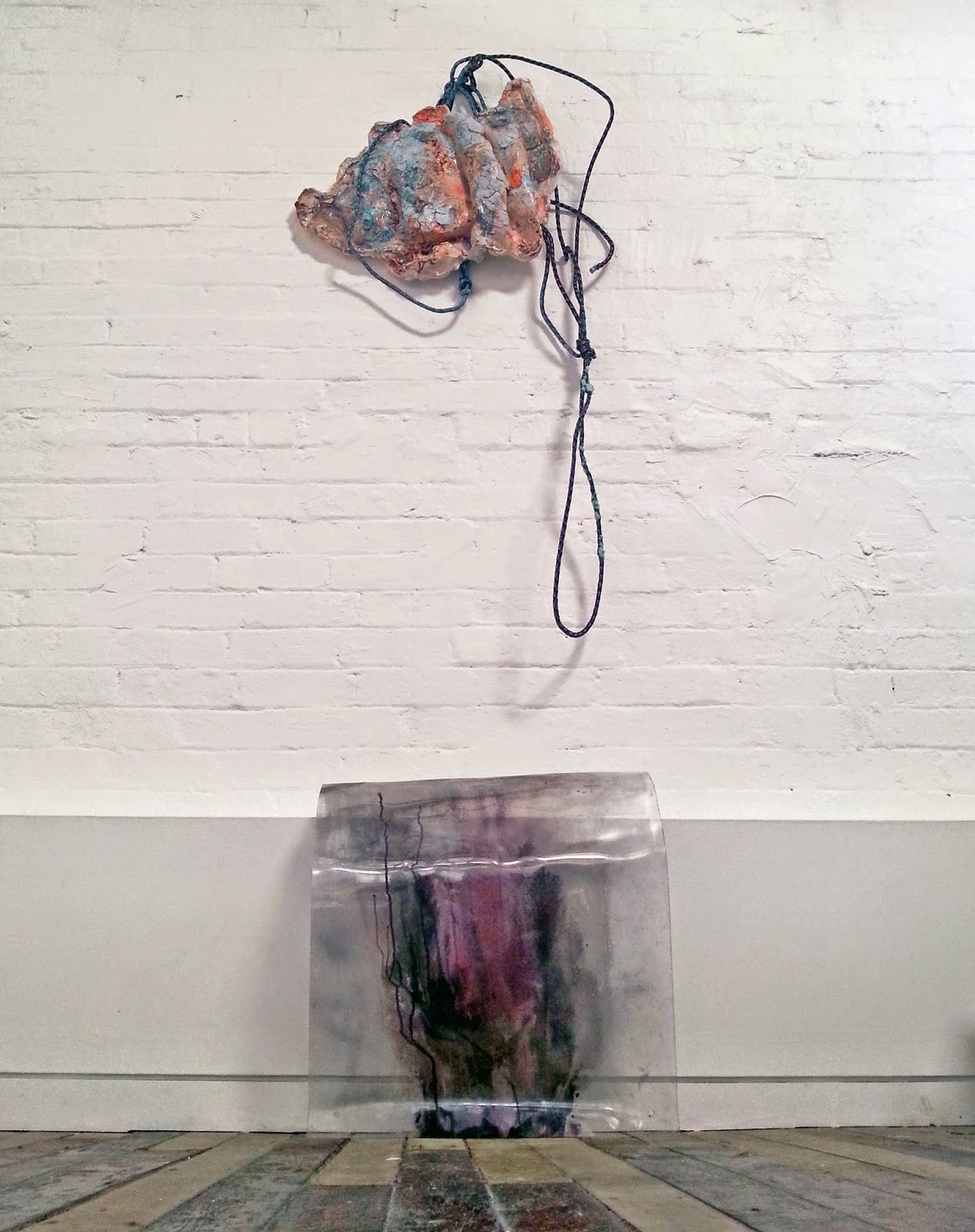 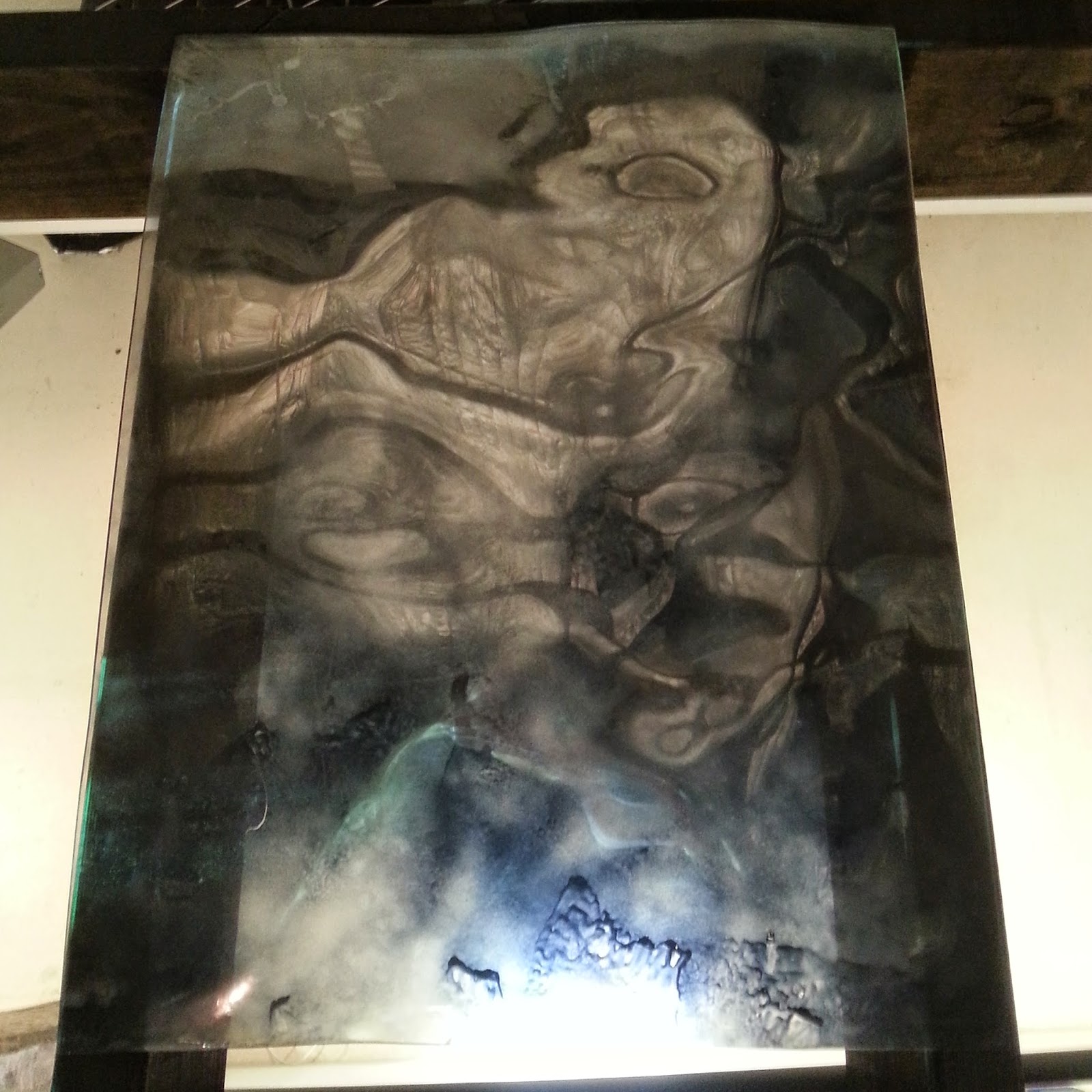 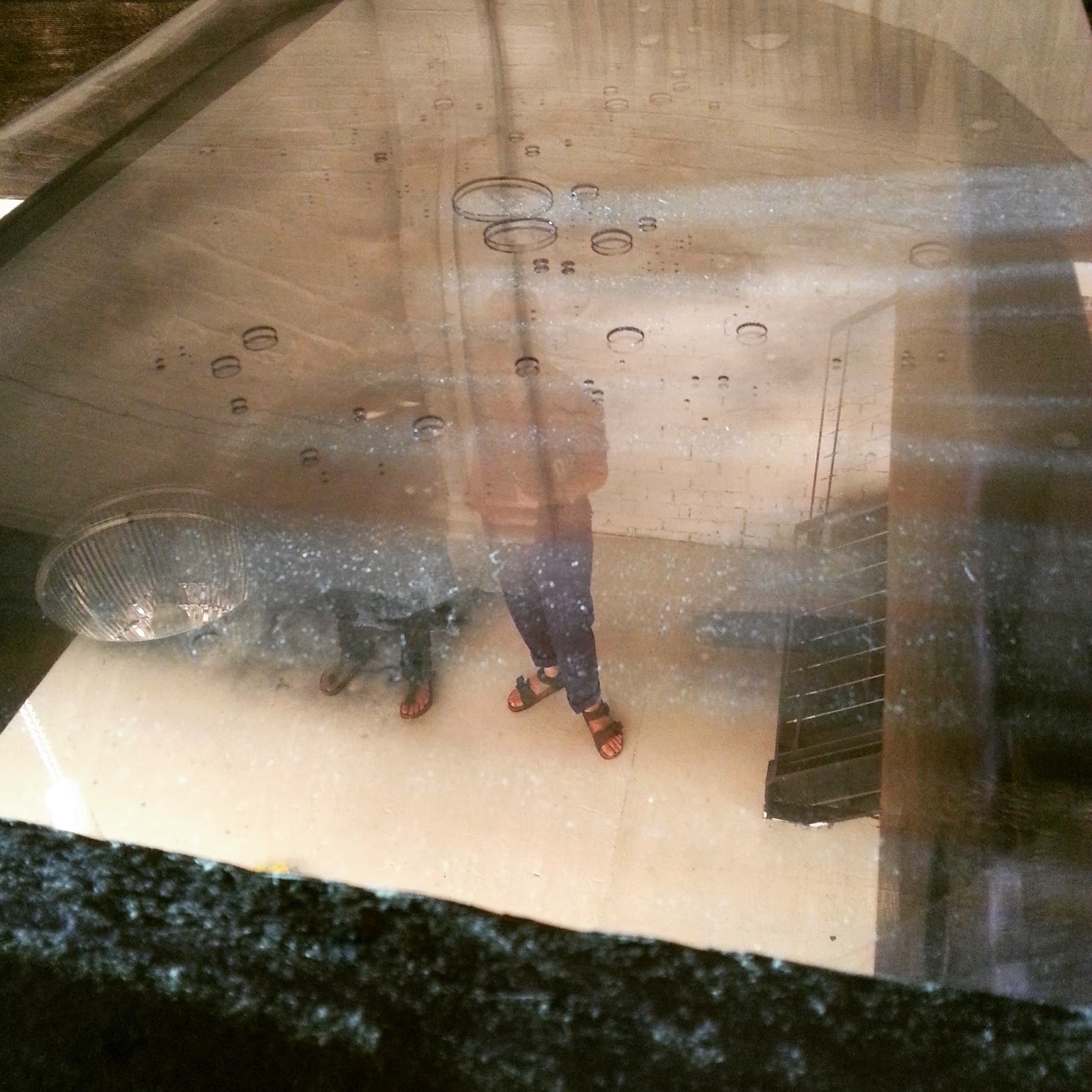 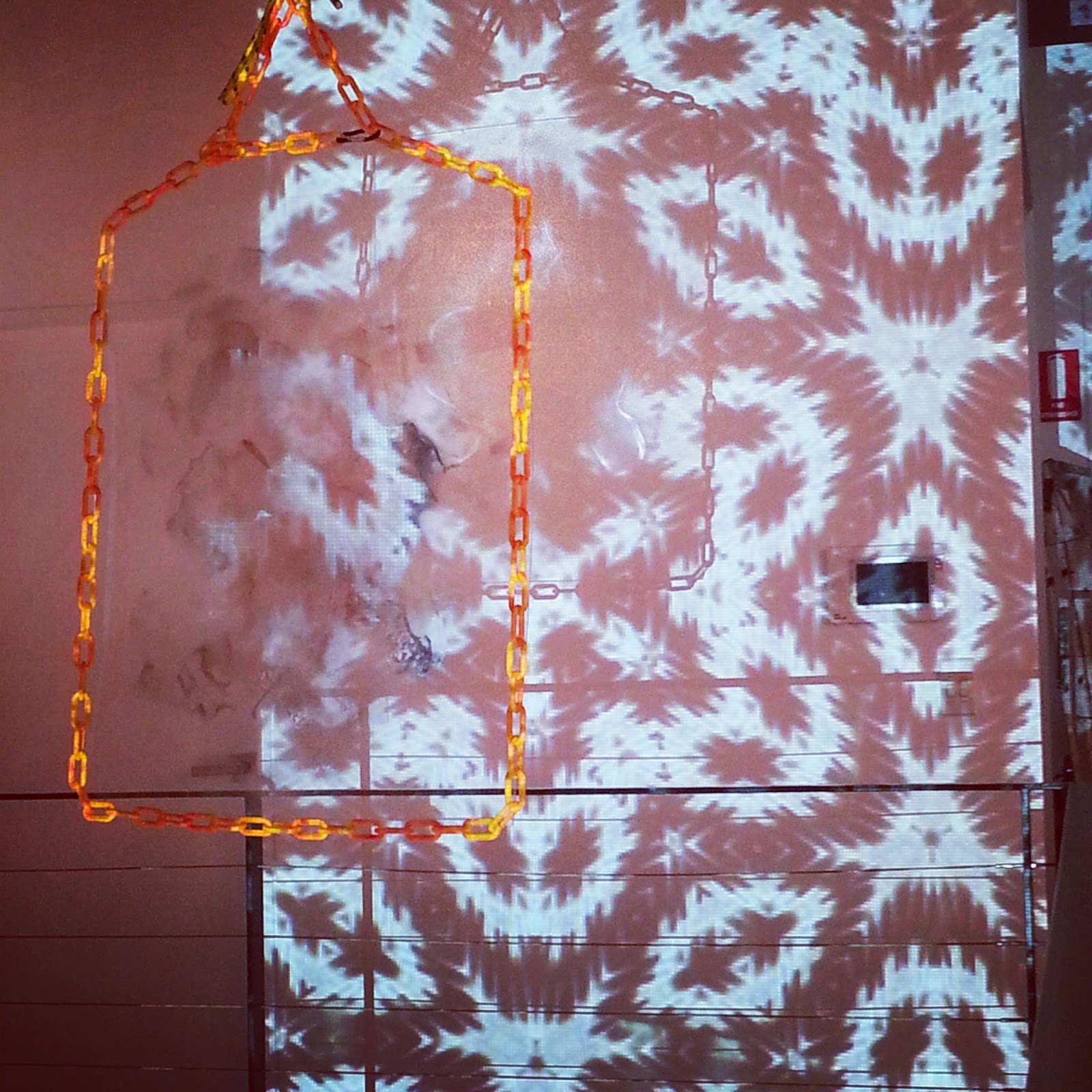 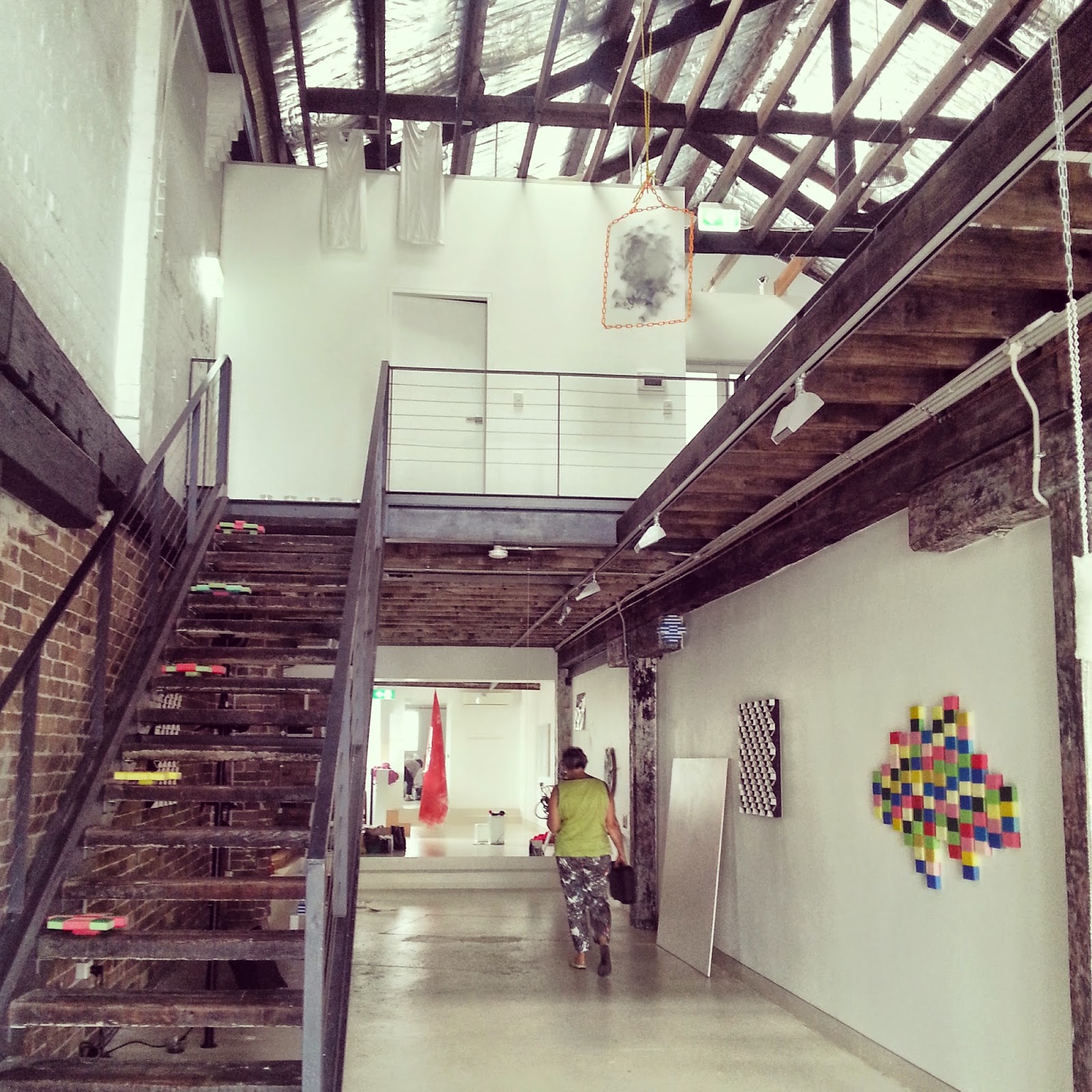 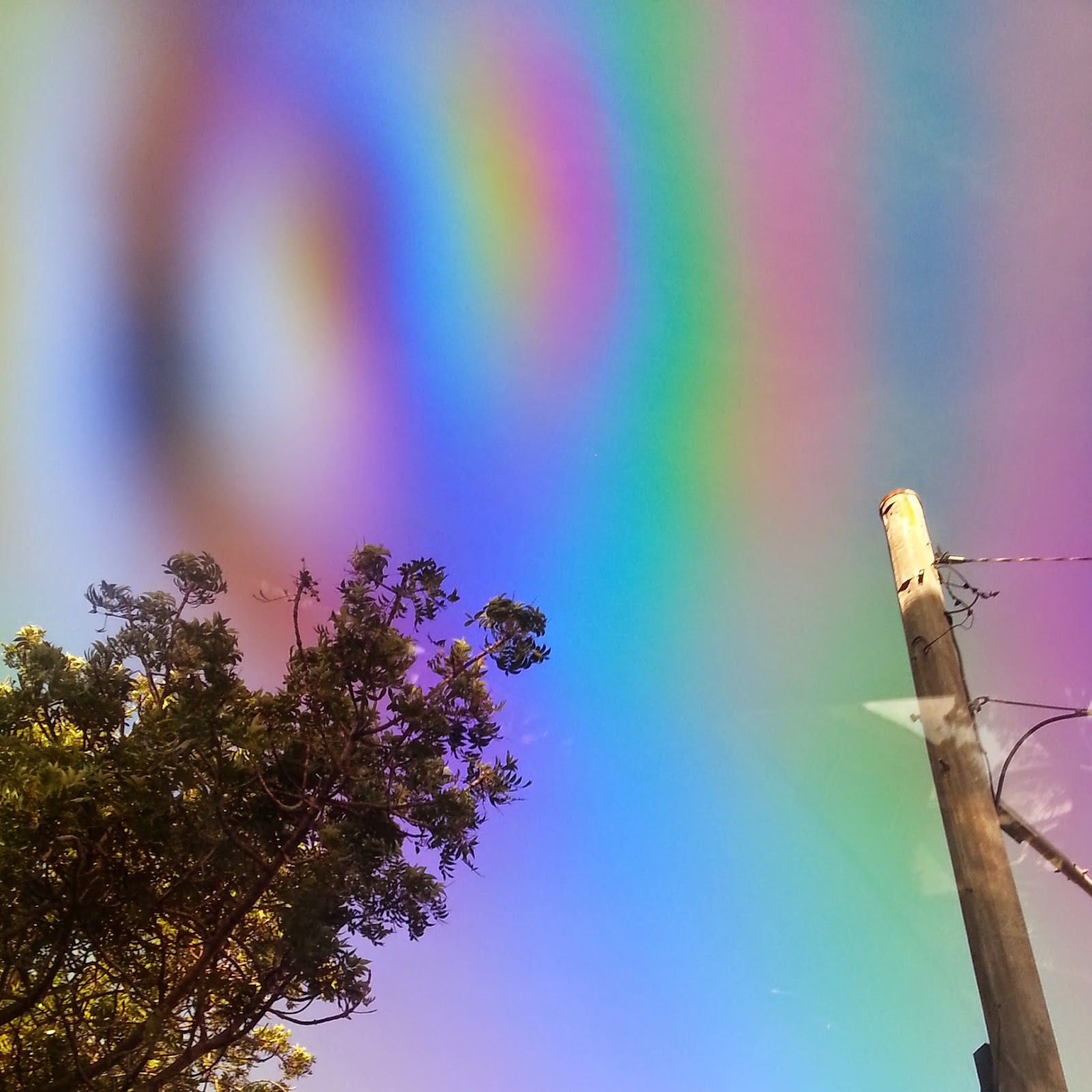 Merry Christmas everyone!
This is a little project of mine which has ballooned to become a huge event and is set to be loads of fun - BUT IT NEEDS HELP
Tonnes of artists are involved, poets, dancers, and performance artists - but we cant make 'IT' happen alone!

making art is as intimate and permanent as a tattoo, except you dont know whose skin your writing on 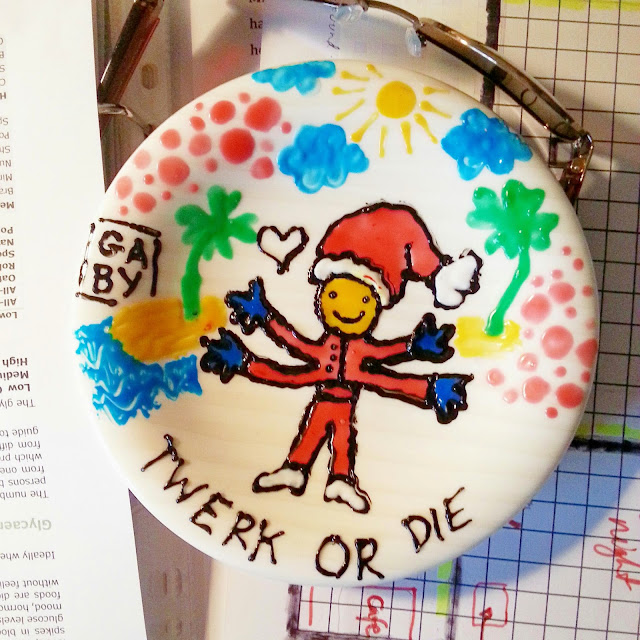 Well so here I am, at the end of the road.
Where do I go from here.

I always figured it would be like this.
Still nothing seems to be quite clear

All the words have been spoken and the prophecy fulfilled,
but I just can’t decide where to go
Yes its been quite a day, and I should go to sleep,
But tomorrow I will wake up and ill know

Well it’s been quite a while since I lifted my head
And I’m sure the light will hurt my eyes
I see the way I have been spending my day
and reality had caught me by surprise.
I was dreaming of tomorrow so I sacrificed today
And it sure was a grand waste of time
And despite all the truth that has been thrown in my face, I just can’t get you out of my mind

You can't make a mistake in clay

So I might have to rephrase that -
I cant make a mistake in clay.

I only say it that way because I don't think mistakes exist, rather its part of a becoming.
if I had a particular ideal and was striving towards it... it'd be easy to find the mistakes (figurative sculptors,  my heart goes out to you). But I like the discovery of a journey and find a finished piece is finished when its full of personality.

It's a friendly way to approach the making process I suppose. ... humanises the maturing of a work, as if it was becoming itself,  rather than what I want.

This approach only really works because I have the distance between the piece, the kiln and me. A distance of time and space... could I call the kiln a nursery ?

But then - it would have to be - these materials have spewed from the core of our planet,  as old as the rock itself.

When I think about the monumental scale that is referenced in ceramics - I feel a responsibility to communicate the link we have to our environment.  Actions and reactions - we make it and everything is in a process of some kind. ... in flux 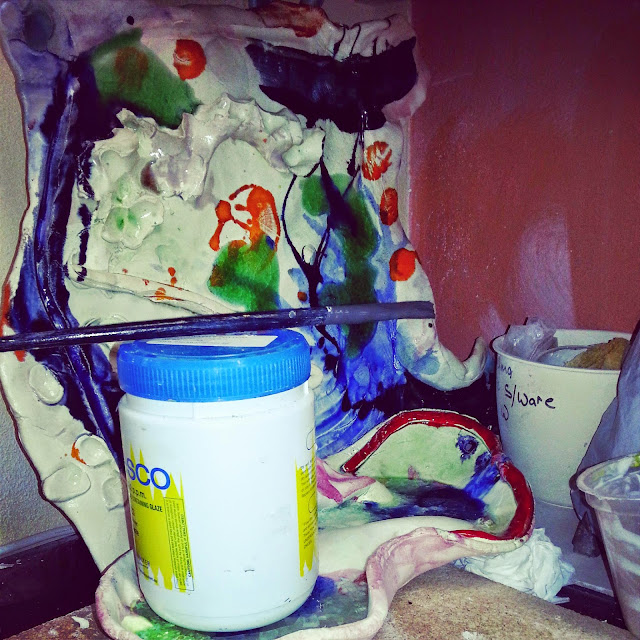 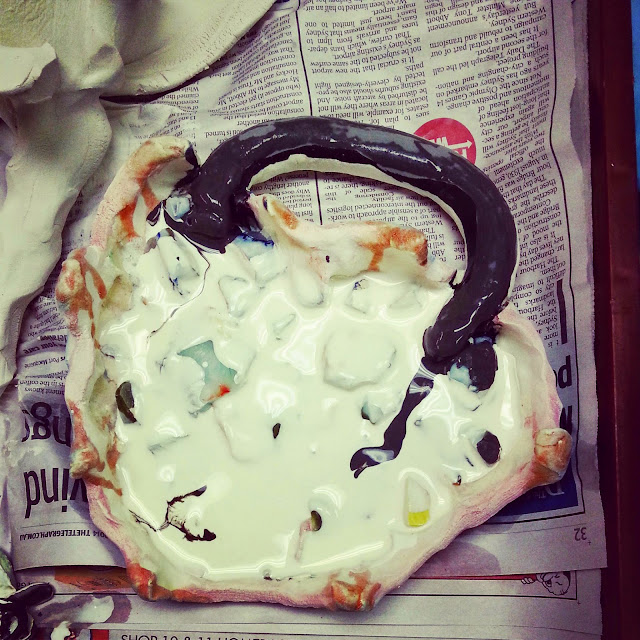